I just got a notification from my website hosting company that ‘there are currently a number of ISP & Hosting Providers in Ireland being targeted with DDOS attacks on their networks’. The Health Service Executive (the national health service of Éire) was also targeted in the past week.

Our current systems of living have all been digitized in recent years. Digitization makes our systems of record keeping very fragile. Gone are the days of hand recording important information. (Spoiler for WEF… they need to return)

Recently i had to deal with an issue where my mobile broadband had my incorrect address written on my monthly bills, even though i had informed them of the change quite some time ago, and when i asked them for a copy of my current bill with my current address i was told i would have to wait for my next bill to be issued the following month. In the not too distant past a bill could have been retyped with my current address on it and a copy sent out to me plus a copy kept for their files. But no their computer would not allow my new address to be printed on my last months bill and posted out to me according to the telephone agent i was speaking with. I had to ring the complaints department to make change happen. We figured out a remedy.

We are relying on automation and digitization far too much and when the system fails everyone who relies on that system is instantly affected. Picture a power grid down due to a computer system in the power company being hacked. Just like that you will have no electricity. Or your communications go down. No Internet. No Phone. Recently one of Americas largest frozen food warehousing and distribution companies, Americold, was hacked and it shut the company down for a day. They did not know where their different foods were stored in their huge freezer warehouses and could not manually connect the distribution trucks with the product they were to collect and distribute to stores around America. As the saying goes the system could not tell its arse from its elbow.

With the current system that is being pushed upon us we are moving increasingly towards automation and AI (artificial intelligence) which will remove human workers from the chain of production and supply. One of the great flaws of this system is we are susceptible to disruptions that can have massive impacts on society. Food logistics can stop food getting to you. If your banking computer system is hacked you could lose your money or access to money. If the power grid is hacked you lose electricity for your homes and businesses. Your privacy can be hacked. You can be held to ransom. The powers that be, who are making billions from the technology behind the creation of this new virtual world are pushing digitization as the solution to climate change and overpopulation. You will start to see ‘climate change’ and ‘overpopulation’ as the buzzwords in mainstream media more regularly. As i mentioned in my very first blog i will not get bogged down in these narratives as i believe the terms are being abused to control people. Grand Solar Minimum is what people should be focused on but that is too hot to handle for MSM or their handlers won’t allow them to discuss.

People seem to accept this transformation to a new digital society as inevitable because the MSM propaganda (which is being paid for by the companies behind the transformation) says this is the future, so just accept it. You can disconnect from this dystopian tyrannical future if you move back onto the land and start producing your food and creating local economies like our grandparents/great grandparents before us. They did not starve when anything went wrong (apart from An Gorta Mór – The Great Hunger which is incorrectly called The Potato Famine). The Great Hunger in Éire is a fallacy. It was caused by people’s forced reliance on one newly introduced potato variety from South America that was called the ‘Lumper’ potato. While people were starving and eating grass in the fields thousands of tonnes of cereals, grains and animals were exported to the UK to feed the aristocracy. The Great Hunger was genocide perpetrated by absentee landlords and the British aristocracy. Our grandparents were resilient people. They lived with a lot less stuff but with a lot more quality. Food tasted so much better back then and was healthier for you. Tools were well made and did not need to be replaced. Less is more has been my mantra for the past two decades. Less and better quality.

While studying a degree in Fisheries in England a major queston i had was how could so many people die between 1845 – 50 when Éire is surrounded by one of the greatest Atlantic fisheries? The Irish fishing industry is currently one tenth the size of the Spanish fishing industry with similar sized coastlines. The answer i discovered was because people were not allowed to fish historically under British rule. One could even have been arrested and deported for ‘stealing’ shellfish from the shores or seaweeds which were owned by the crown.

Having lived and worked with indigenous communities in the Andes and Amazon, i learned that they have developed over 3000 varieties of potato to ensure if one or a number of varieties fail any year they had a plentiful supply in reserve. The indigenous Quechua of the Andes also stored a years supply of food in natural cold storage rooms called Tambos on mountain tops near their communities in case of natural disasters. Ingenious, no need for electricity as the temperature is below 0 deg C naturally on the mountain tops. Highly organised agrarian society. If a supply chain breaks down in our current societal model supermarket shelves start to empty within days as was witnessed in The Beast from The East snowstorm which shut Éire down a few years ago. The push towards digitization and AI automation will, in my opinion’ cause food crises in the near future.

Who is creating this dystopian future? World Economic Forum is an organisation founded in 1971 by Klaus Schwab who had the clever idea to bring all the major players of every country together annually at Davos in Switzerland and create think tanks to develop what is essentially a New World Order or The Fourth Industrial Revolution as he calls it. Some people say he is like an arch villain character from a James Bond movie or Austin Powers. I tend to agree. (We need a sense of humour in these dystopian times). On researching WEF further a pattern emerges. They cherry pick ‘young leaders’ or ‘change-makers’ in each country and groom them to sing the WEF hymn of a transhumanist future where the goal is to merge humans physically, biologically and digitally. Let those 3 words sink in. Physical, Biological and Digital. To me this will create a human robot or cyborg that can be controlled, tracked and traced from birth to end of life. Like cattle or sheep. They make it sound like it is fashionable, hip and cool though and have all their young leaders and change makers spreading the word in their individual countries. Schwab warned last year that “the world faces a cyber attack far greater than the COVID 19 crisis”. This language of fear is used to control people and get them to accept that the solutions they have for these attacks have our best interests at heart. They sound like the next ‘heroes’. First we had the medical heroes fighting the COVID 19 ‘Attack on Humanity’. Next the technology companies will be the new heroes fighting the ‘Cyber Pandemic’. Both scenarios have invisible enemies and realise trillions in profits for the medical industry and the technology industry (both vertically integrated and connected). In layman terms, scare the shit out of the general public with an invisible enemy and then extract lots of profits from them via their governments and tax paying public to get the solutions. If these were true heroes they would be offering ‘vaccines’ and virus software for free.

In Klaus Schwabs words about a Cyber Pandemic manifesting globally (which you can be sure means, one is in the pipeline) “Technology and cybersecurity are of crucial importance in this COVID era. One of the most striking and exciting transformations caused by the pandemic has been our transition to the digital everything, both in professional and also our personal lives. I am glad that Cyber Polygon is one of the brilliant initiatives that address the need for developing and enhancing global cyber resilience in the fight against cybercrime and cyber attacks”.

WEF Cyber Polygon is a table top exercise event that mimics a cyber pandemic and gathers all key industry representatives to push technology solutions. In much the same way that Event 201 was a table top exercise organised by Johns Hopkins University, Bill and Melinda Gates Foundation and WEF to push experimental vaccines.

It all sounds like this narrative is being rolled out to further instill fear, maximize fear and advance the WEF agenda. In one of the WEF conference videos i listened to one of the representatives wanted to be controversial and push that we are currently in a cyber pandemic. She was excited about it. The potential profits that are there to be made.

Finally for the deep thinkers out there look at the World Economic Forum logo above and focus on the three letters ‘o’ and a swoosh through those letters creating the number 666. The culture behind this WEF. The plot thickens Herr Schwab …

Stop relying on modern technology so much. Choose only responsible technologies. Get rid of your smart phone as this a gateway to the system of control that is being designed. Start investing your money in real goods and technologies like quality garden tools that help you become a producer. Invest in land and local regenerative living communities and projects. Encourage your friends to get involved in these communities. Invest in an offgrid solar system to power your home (or an offgrid shed to get started). Start bartering or exchanging goods and services without the need for money in your community. For example if someone likes baking in your community and you enjoy growing food, work out a fair exchange. Three loaves of bread could be worth a basket of homegrown vegetables (will discuss more examples in a future post). Practice no technology/internet days to reduce the potential programming you and your family are subject to. Purchase and read books, create your own library, learn songs or play music on non technology days.

Create the alternative future you believe in. For those who feel their future is in cities, this blog is probably not for you.

WEF will appear more in future posts as i find it interesting to study what they are planning and counterplan. Some new technologies are beneficial and can be useful to adapt to a future localised economy.

The Use of the Potato Crop in Pre-Famine Ireland http://www.tara.tcd.ie/bitstream/handle/2262/7818/jssisiVolXXIPartVI_7296.pdf?isAllowed=y&sequence=1 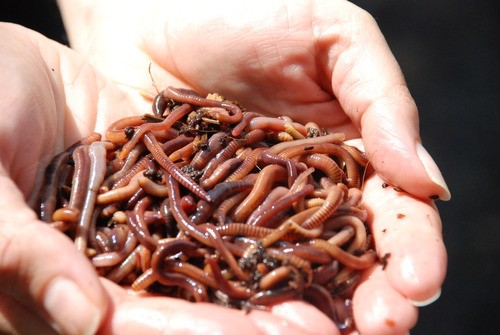